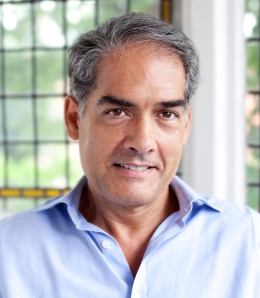 We liked Philip Kerr’s new thriller Research - we liked it a lot. You can reacquaint yourself with that particular review right here. A standalone thriller, Research was an enjoyably louche and sly journey into the dark psyche of a writer.

Kerr is, of course, one of the biggest names in the publishing business. His Bernie Gunther novels and standalones are endlessly popular. And no wonder, the man is a natural-born novelist. He cannot - will not - stop writing.

So it gives Crime Thriller Fella enormous pleasure to say that Philip Kerr has agreed to give us The Intel on Research, the changing state of the writing business, his new book series… and how he wants to die.

In Research, are your protagonists John Houston and Don Irvine based on any writers in particular?

Like John and Don, you started out in advertising – how much of you is in those characters?

I worked in advertising for eight years, and at several large agencies including Masius, and Saatchi. I was not a diligent copywriter. I spent much of my time writing novels. Masius was very convenient for the London Library; and Saatchi was equally convenient for the British Library, which, in those days, was in the British Museum – a ten minute stroll from Charlotte Street.

There’s plenty of gossip about writing and writers over glasses of fine wine in Research – what made you want to write a thriller about your own business?

Because the business is changing so fast; I have wanted to do an in statu quo novel about the book business for a while. I have been a full time writer for 25 years and felt I could comment on the publishing business in a way that was both amusing and critical. Much of what the two men say reflects my own opinions about the state of the novel. That was fun to do.

How has the writing business changed since you started out?

It has changed enormously. When I was first published in 1989, it was all about the writer, not the book. Publishers felt they were in it for the long term, to build an author. There’s less time for that now. It’s all about the book. Paradoxically however I think we’re moving to a place where the author becomes paramount again, but for all the wrong reasons. Increasingly we require authors to be celebrities; and if not celebrities, personalities who can masquerade as celebrities.

It’s no longer enough to write a book, you have to be prepared to support it in person with appearances and talks and stand-up routines. I do an annual American book tour that lasts about three weeks. During that time I become a one-man show. Not every author can or wants to do that. But if you’re not prepared to do that kind of thing, the business will leave you behind.

You said recently that if you’re not writing you feel like the ghost of someone else – can you imagine a day when you will stop writing?

I write every day. Even Christmas. It’s how I define myself. I’m not sure I feel like a ghost when I’m not writing; just that the me that exists is an etiolated version of me. I think the great thing about being a writer is that you never really have to stop. By which I mean retire. I was impressed that Elizabeth Jane Howard – who sadly died recently – was still writing a novel at the time of her death at the age of 90. That’s how I want to go. At my desk. Mid-sentence.

That most people don’t give a damn in the UK about writers. It’s different in Europe and in the USA. But here people really don’t care very much about books at all, any more. It’s a bit like Italy in that respect. France and Germany and Spain treat writers differently I think. But it’s a lesson well learnt. I don’t look for anything here and I’m not disappointed.

How do you deal with feedback?

Honestly, I don’t get very much. Mostly people are kind if they say anything in person at a bookshop signing. So there’s no problem dealing with that. But I honestly think that what I say about something outside of what’s in a book really doesn’t matter a lot.

The Bad Place is coming…

The Bad Place ebook Is On Special Offer